A woman was pulled from the sea in the early hours of the morning by the Sheerness inshore lifeboat crew.

The volunteer crew of the Sheerness inshore lifeboat ‘Buster’ launched at 4.50am on Monday 22 October after a call from the UK Coastguard reported that a 25-year-old woman in an extremely distressed state was in the water at Sheerness close to K’s Casino on Sheerness Broadway.

Having made best speed to the scene the lifeboat crew were guided towards the lady’s position by the Sheppey Coastguard Rescue Team, who had also been mobilised, from the shore.

The crew found the casualty, who was now out of her depth and kept disappearing under the water, about 50 meters from the shore.

With no other options available a crewman from the ILB entered the water and grabbed the lady who was then taken onboard the lifeboat and rapidly transported to the beach where first aid was administered in the Coastguard rescue vehicle whilst awaiting an Ambulance.

It is believed the lady had been in the water for more than 30 minutes and apart from being very distressed was extremely cold and blue and definitely would not have survived much longer without the rapid response from the emergency crews involved. 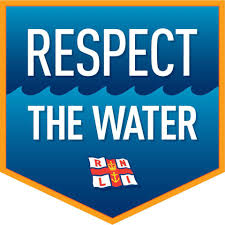 For inquiries outside normal business hours, contact the RNLI duty press officer on 01202 336789

Time to close for a number of reasons