RNLI lifeboats from Sheerness and Burnham combined to rescue a lone sailor in difficulties and exhausted in the Thames estuary after his yachts anchor had been fouled in rough seas.

The volunteer crew of the Sheerness all weather lifeboat ‘The George and Ivy Swanson’ were tasked by the UK Coastguard at 10.04am and launched at 10.20am on Friday 6 September in response to a ‘Mayday’ call from a 22-foot yacht which reportedly had a fouled anchor between Red Sand Towers and Princes No 8 buoy in the Thames Estuary

The tug ‘Sandsfoot Castle’ was on the scene and trying to assist the yacht after answering the casualty’s ‘Mayday’ call.

Whilst on route the lifeboat was advised that the yachts anchor had been recovered and the craft was now underway. Further information was received by the lifeboat from the dredger “Arco Beck”, which was at anchor in the Mouse anchorage, that he could see the yacht heading North.

Contact was made from the lifeboat with the casualty on VHF and a D/F bearing obtained. Visual contact was made shortly after with the yacht, which it was noted only had a storm jib in place.

The ALB came alongside the casualty at 11.00am and the occupant reported that he was totally exhausted due to the poor weather conditions. The decision was made to put a crewman onboard to assist, which was safely done.A tow line was passed and the casualty was safely under tow at 11.15am.

Due the prevailing weather conditions at the scene it was decided to tow the casualty downwind and sea towards the River Crouch on the Essex coast.

The UK Coastguard were advised of this decision and were requested to launch Burnham RNLI lifeboat to take over the tow, which was done and the Sheerness lifeboat proceeded towards the rendezvous point of Whitaker No 6 buoy where the tow was transferred to the Burnham lifeboat at 1.00pm.

The Sheerness ALB was released at 1.02pm and returned to station at 2.15pm and ready for service again at 2.45pm. Wind on scene West South West force 6, moderate to rough sea.

PPE DISTRIBUTION FROM Friday 22nd May 10am AT THE HOLY TRINITY CHURCH HALL, BROADWAY ME12 1AF 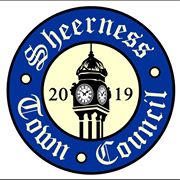 Waste Collections up During Lockdown 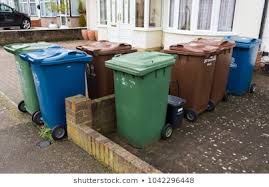 A Message from Cllr Roger Truelove 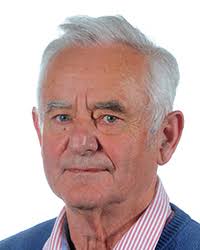