Musically the show covers the the area of oldies plus adult rock and quality pop/rock. Weekly shows alternate between the general “Flashback” type shows and “The Rock Flashback”. Both feature music from the early 60’s to the early 80’s. But, the “Flashbacks” lean towards a mix of Pop, Rock & Soul. Whereas, the “Rock Flashbacks” are a Rock/Pop blend.Features in the “Flashback” shows include “Ah..But They Did It First” which focuses on the original versions of hit songs. “I Know I Shouldn’t But I Love It” which is a chance to break all the boundaries and play some of those awful songs that have stuck in your mind over the decades! Plus, “The Song Stories” looking at the story behind some of those great hit songs.The “Flashback Shows” alternate with the “The Rock Flashback” ones. These shows concentrate on a particular year from 1964 to 1983 and in particular focus on a particular month by looking at The Top 10 Rock Singles in America, The Top 10 Rock Albums in Britain and the Top 10 Rock Singles in Britain. Along with news and nostalgia clips from the month in question 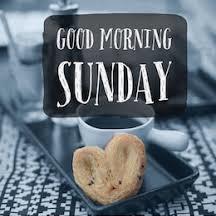