Drivers are being advised that there are major changes to a planned closure on the M2 near Faversham in Kent this weekend, minimising disruption while major road repairs are carried out.

A planned closure between on the London-bound M2 between junction 7 Brenley Corner and junction 5 at Sittingbourne will now start on Saturday night instead of Friday night. Road works teams will monitor conditions throughout the day and will close the M2 from 8pm, only if traffic volumes have dropped to an acceptable level. The road will be closed all day Sunday and reopen by 4.30am on Monday morning.

Fully signed diversion routes will be in place with extra signage and utility work on the local A2 through Faversham have been suspended.

“Our work on the M2 was carefully planned and agreed in advance with partners across the county. Clearly the first weekend of work caused more disruption than we were expecting, and we are very sorry for the delays that drivers experienced.

“We have worked hard to review our programme of work this week, and the changes we are making should make a real difference, reducing the length of the closure by at least 24 hours. “

“The work we are doing is repairing and resurfacing worn out sections of the M2’s road surface, which is vital to keeping journeys on the motorway safe and reliable.

“As well as laying more than 2000 tonnes of new road surface we are also using the opportunity to carry out other road maintenance, including litter picking, drainage work and sign maintenance, reducing the need for future roadworks.

“We will continue to keep the work under continual review and to make any changes needed to complete it successfully while keeping disruption to an absolute minimum.”

The Port of Dover will be closing the direct lane to the A2/M2 out of the port to HGVs, so they will have to take the official diversion route, they will only remove this if they get a backlog of HGVs leaving the port.

Despite the changes, some delays are expected, and drivers are urged to plan ahead, check travel conditions before they set out, leave plenty of extra time and stick to the official diversion routes. The weather is expected to be warm this weekend, so drivers are encouraged to prepare for the conditions, such as carrying extra water with them.

Highways England teams will be checking the diversion routes regularly throughout the weekend and will do all they can to keep traffic moving and drivers up to date.

Highways England is delivering record Government investment into Kent’s roads. In addition to the work taking place along the M2, other improvements include four major improvement schemes, thousands of maintenance and renewals projects and measures to increase the road network’s resilience to disruption. They represent a huge investment in Kent’s economy.

All planned roadworks across the county are first agreed with a new partnership called the Kent Corridor Coordination Group to ensure they are better joined up than ever before. This group were closely involved in the planning of this work on the M2 to avoid any major impact on customers travelling to the Channel Ports and Eurotunnel for the main get away weekends at the end of July and start of August.

Highways England will monitor progress at every stage of work to keep in on schedule and ensure that the road can reopen on time. Additional maintenance and response teams, including Highways England Traffic Officers, will also be on standby at strategic locations along the diversionary route to accelerate any incidents. 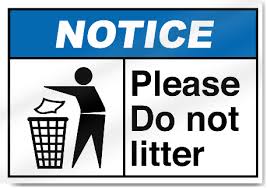