Please Don’t Take Them Away: The Pirate Radio Era

It saw the emergence of off-shore radio stations, especially around the South-East coast of England. Whilst the springtime had seen the start of both Radio Atlanta & Radio Caroline (who would end up as Caroline North & Caroline South), the end of the year saw the arrival of the MV Galaxy, a second world war mine sweeper originally named USS Density, fitted out for radio broadcasting in Miami. It then sailed across the Atlantic to the Azores, where the antenna was erected. Before final positioning off the Essex coast. This operation was overseen by one of the investors, Tom Danaher. Radio London was the idea of Don Pierson who lived in Eastland, Texas. In a 1984 interview, Pierson said he got it in 1964 while reading a report in The Dallas Morning News.

But, the original idea for the station was very different from the one we heard. The station was to have been Radio KLIF London, using recorded programmes from the Dallas AM radio station, KLIF 1190. When it was decided that the sound should be live and geared towards a British audience and culture, Pierson hired Ben Toney as Programme Director. Philip Birch was appointed CEO in charge of the radio station and advertising sales. Birch suggested calling the station Radio Galaxy, in anticipation of its star-making ability. As a compromise the minesweeper was renamed MV Galaxy while the station became Radio London. However, the world famous PAMS jingles brought a refinement of the name so that it was known as Wonderful Radio London and Big L; just as KLIF in Dallas called its hometown Big D. But when the ship first arrived, it had very few records. The DJ’s had to rely on recordings that had come with the ship. It took Programme Director, Ben Toney, time to build up relationships with record companies and convince them that Wonderful Radio London was no mere pirate!

And remember there was no social media to help promote the station, nor were they allowed to adverstise on TV but, after a while the daily newspapers carried programme schedules. With word of mouth, the lack of pop music stations broadcasting on the radio and articles in local papers and features on local TV programmes, youngsters started to listen – in their millions! 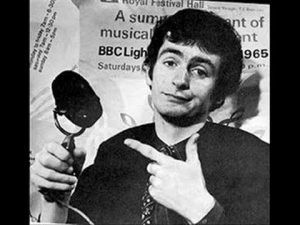 And back then the DJ’s/presenters were as well known as the pop-stars themselves. For example, Kenny Everett spent time with the Beatles talking to them rather than interviewing them. And with Kenny also hailing from Liverpool, it was a sure winner when broadcast. And look at these famous names:-

Pete Brady & many others who were as mobbed as much as the stars of the music they played on 266 metres medium wave (as the AM band was known). And remember, presenters couldn’t go home after their show, they had to wait for the tender to come and get them whilst dropping off post, provisions, records, fuel and other presenters to replace the team going home. And they were on that ship come sun, rain, gales etc.

Alas, in 1967, the Marine Offences Act came into being, bringing to an end, this magical period in British broadcasting……………BUT this weekend, right here on your favourite community radio station you can re-live and learn more about Wonderful Radio London in our documentary on Sunday 13th. August at 10.00pm UK time.

Our very own Big L (Les) remembers the music of the four years 64 to 67, with hits & oddities both from Radio London’s Fab Forties & Radio Caroline’s Countdown charts between 10.00am and 1.00pm every Saturday.  And you can hear more about this incredible broadcasting period in a special Staffords World on Monday 14th. August starting at 10.00pm UK time.