“Abysmal manner towards some of our animals”

Police are currently investigating after a number of animals were found killed at a school farm following a break-in over the Christmas holiday.

A number of animals had been set free and taps left running overnight.

CCTV is understood to show four intruders kicking a pig and beating it with sticks.

They are also believed to be seen in the footage stamping on chickens’ heads and kicking them across the premises. 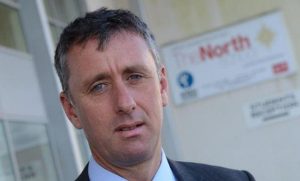 Mr Whitcombe said: “We have had a break-in of youths over the Christmas break who have behaved in an abysmal manner towards some of our animals, we are now dealing with the consequences.”

He called the perpetrators “mindless hooligans” who have behaved exceptionally cruelly to the animals.

Mr Whitcombe added: “The young farmers here are devastated by what the animals had to experience, seeing the carnage these youths have been responsible for.”

He said the incident was one of the most serious incidents to affect the secondary in 20 years and the school would be working with police to ensure those responsible are caught and dealt with.

Kent police have confirmed they are investigating the incident in Westlands Avenue and inquires are on-going and have confirmed this was one of a number of reported incidents during the Christmas school holiday of trespassers on the school site.