The Sheerness RNLI volunteer lifeboat crews responded to two calls on Saturday 1 August. The all-weather lifeboat was tasked by the UK Coastguard at 6.43pm to assist a 25 foot fishing vessel with a fouled propeller in the Medway Approach Channel and later the same evening at 10.22pm the inshore lifeboat was launched to investigate reports of a number of people possibly in need of assistance on the Grain Battery tower at the mouth of the River Medway.

Launching at 6:56pm with a crew of 6 onboard the Lifeboat was on scene with the casualty vessel at 7:20pm, a tow line was prepared and a member of crew placed aboard.

At 7:32pm the ALB commenced the journey back to the All-tide Landing in Queenborough Harbour with the fishing boat under tow where the casualty vessel was secured alongside at at 8:45pm, the Lifeboat was then  released from the incident and arrived back at Station at 8:56pm.

Later that evening at 10:33pm the inshore lifeboat launched with a crew of 3 to the Grain Battery (the derelict ‘fort’ at the mouth of the Medway estuary) and was on scene just 5 minutes later.

After checking the welfare of the 18 people on the Fort and confirming they were happy to remain there until the next low water a contact number was taken from one of them , to be passed to the UK Coastguard when the lifeboat returned to station.

The ILB was subsequently released from the incident at 10:47pm and was back on station 5 minutes later where it was washed down and made  ready for service.

Grain Tower Battery is located on a spit off the Isle of Grain in Kent. It was built in 1855 as a Martello Tower type structure, with cannons mounted on the roof and barrack accommodation and magazines below.

Now in a derelict and dangerous condition the tower ,which can only be accessed at low water, has become an attraction for youngsters who inevitably find themselves cut off by the fast incoming tide and very strong currents.

Sheerness RNLI spokesman Vic.Booth says: ‘our crews are called out on a regular basis to rescue people who are injured,wet,cold,distressed, or suffering a combination of all, after becoming trapped on the fort and it can only be a matter of time before they are having to deal with incidents that have far worse outcomes.Our advice to anybody contemplating going out to the fort is do not go your life is in danger and you are endangering the lives of those who have to come to your rescue’

Many people will want to visit the coast and participate in water-based activities such as swimming, kayaking, surfing, boating and angling. At present there are no RNLI lifeguards on some beaches and although our volunteer lifeboat crews are fully operational, should they be needed, it is important that anyone visiting the coast understands the risk and takes the necessary steps to keep themselves safe. This will also help to reduce the demands placed on our lifeboat crews and other emergency 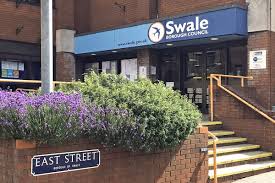