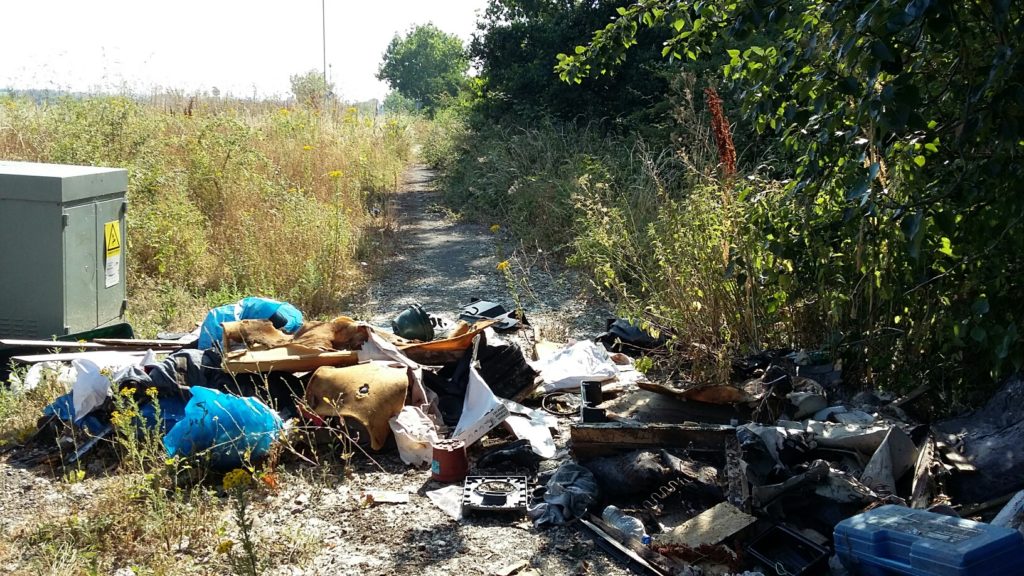 A man has been prosecuted after garage parts, wood, a hanging basket, roofing felt, broken up cabinets, furniture items and cardboard boxes were dumped along Ridham Dock Road last year. […]

Investigation leads to Prosecution of Leysdown Fly-Tipper An Eastchurch man is £4,764 out of pocket after waste was dumped in Leysdown. Lee Jacobs, of Cheyne Road, was prosecuted by Swale Borough Council following an investigation into a large quantity of waste found dumped on Shellness Road in October 2016. The council identified that Jacobs had been paid to remove the waste from a building site and when asked to provide his authority to carry it, and waste transfer notes for the load that was deposited illegally, he failed to do so. Jacobs pleaded not guilty to two charges – failing to produce his authority to transport controlled waste, and failing to produce waste […]