Tackling blaze through the night 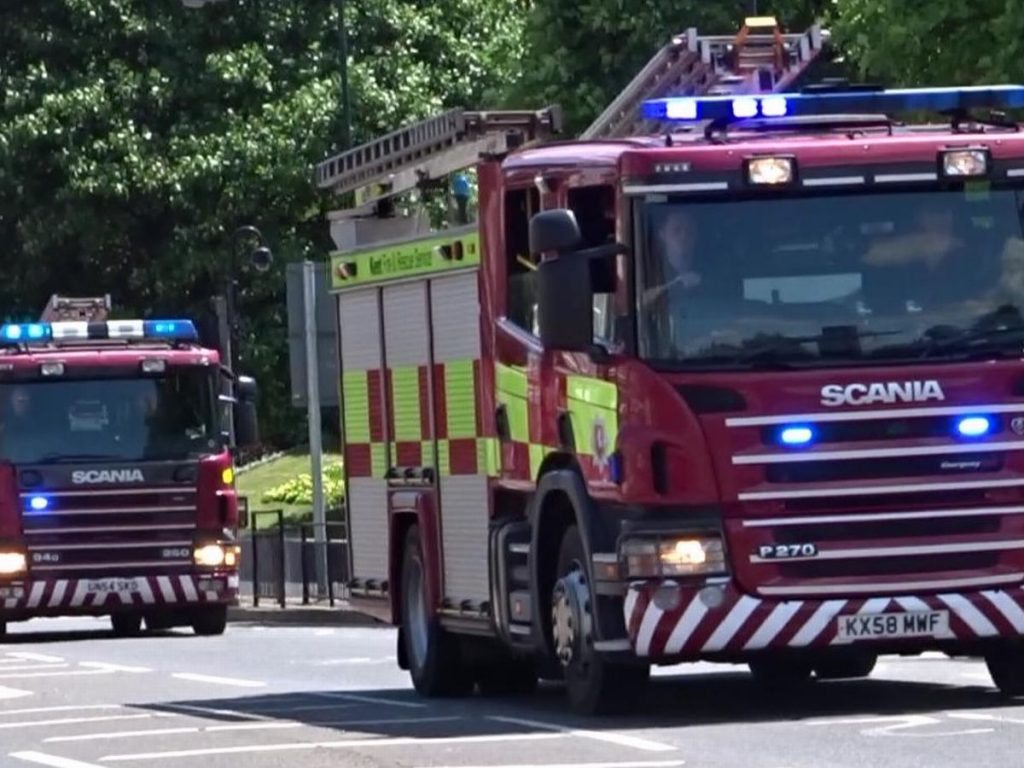 Firefighters continue to battle blaze. Kent Fire & Rescue teams are still at the scene of a Barn fire this morning after a blaze broke out last night (Tuesday 7th […]

Fire Brigade called to Neats Court, Queenborough. Lunchtime diners were evacuated after a fire broke out in the kitchens of a Queenborough pub. Three fire engines were called to Five […]

07-05-2017 Kent Fire and Rescue Service was called to a fire involving a Land Rover on the A249 near the Detling Showground. The vehicle was heading in the direction of […]

Firefighters were called to an RTC involving a car on its side in Bridge Road, Sheerness. A man was trapped and crews used hydraulic rescue equipment to release him via […]

Chimney fire in Minster on Sea

14-02-2017 GMT Fire crews were called to reports of a chimney fire in Seaside Avenue, Minster on Sea, Sheerness. The 999 call was received at around 6.10pm and firefighters were […]

With parts of the county waking up to snow and the possibility of further sleet and snow showers forecast, Kent Fire and Rescue Service (KFRS) is appealing to residents to […]