A toddler aged 3 had one of his arms ripped off when he climbed into a tumble drier at a holiday park in Eastchurch.

The horrific accident happened at the Eastchurch Holiday Camp on Monday (April 9th). The three-year-old boy was rushed to a London hospital by the Kent, Sussex and Surrey air ambulance. He was found by his shocked mother, who immediately raised the alarm and the child was taken to hospital where surgeons had been put on stand-by.

It was believed that the boy had become entangled in the drier after trying to climb into it as the family was using the on-site launderette. People at the caravan site said that they had been told the little boy’s arm was severed at the shoulder.

It was believed the lost limb was taken to King’s College Hospital in London, packed in ice although it was not clear whether doctors had been able to re-attach the arm during surgery.

One child trauma specialist, who did not want to be named, told the press “Because of the boy’s young age he would stand a good chance of saving the arm if it was possible to stitch together all the nerves, tendons and blood vessels. “It would all depend on how cleanly the severance happened.” Doctors from the Kent Air Ambulance service rushed to the scene in Eastchurch by car and travelled with the child and his mother in the ambulance to the London hospital.

Police were also called to the holiday park and an investigation into what happened was launched immediately.

It was expected that the Health and Safety Executive might also be called in to carry out a full-scale inquiry.

A police spokesman said: “We were called to Eastchurch Holiday Camp at 1:13pm on Monday April 9th after a young child suffered a serious arm injury.

“The South East Coast Ambulance Service also attended. The child, a three-year-old boy, was taken to a hospital in London where he remains in a serious but stable condition.”

Staff at the holiday park declined to talk about the tragic incident, adding only that the person who was present when it happened, was now off-duty until the end of the week.

The injured boy has not yet been named.

Swale Borough Council have also launched an investigation into the accident this afternoon. 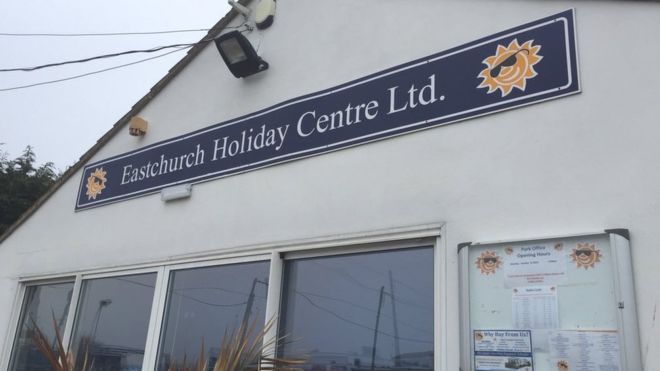